This blog by Rob Hulls was recently published by Centre for Innovative Justice.   Thanks to Rob and the CIJ for permission to republish for the worldwide TJ community…

On 24 and 25 January I attended the Future Directions of the Adult Alcohol and Other Drug Treatment Courts Conference at the University of Auckland.

After six successful years running as a pilot in two locations, the AODTC is at a crucial crossroad – in the coming months the New Zealand government will decide whether to make the court a permanent part of the country’s legal DNA, and also whether to expand the program.

The conference was a chance for the court and its stakeholders – as well as experts in therapeutic jurisprudence from around the world – to reflect on the past six years and on how the court might operate going forward.

The CIJ has had a long-standing relationship with the AODTC through our annual innovative justice study tours, taking RMIT Juris Doctor students across the ditch to learn more about the New Zealand system.

Even so, the conference was a powerful and inspirational reminder of how the unique model of the AODTC is not only changing the lives of individuals on a daily basis, but making New Zealand a safer country.

The conference heard that an astonishing 91% of prisoners in New Zealand have a substance abuse or mental disorder, and that attempting to incarcerate our way out of the problem will never work.

While the New Zealand AODTC was initially based on the US model, the most striking feature of the court is the way in which it embraces and celebrates its own local culture. This is part of a concerted effort to address the over-representation of Maori people in New Zealand’s jails, as more than half of Kiwi prisoners are Maori, compared with 15% of the general population. Maori culture is embedded in all aspects of the AODTC, from the song sung by court staff (including the judges) to open the court each day, to the widespread use of Maori language in court communications, to the special haka performed at graduations by previous graduates of the program. Many graduates told the conference that having those cultural practices so central to the court process gave them hope and made them feel that respect in the court was a two-way street.

View a Maori Haka at the conference.

Hearing from those with lived experience 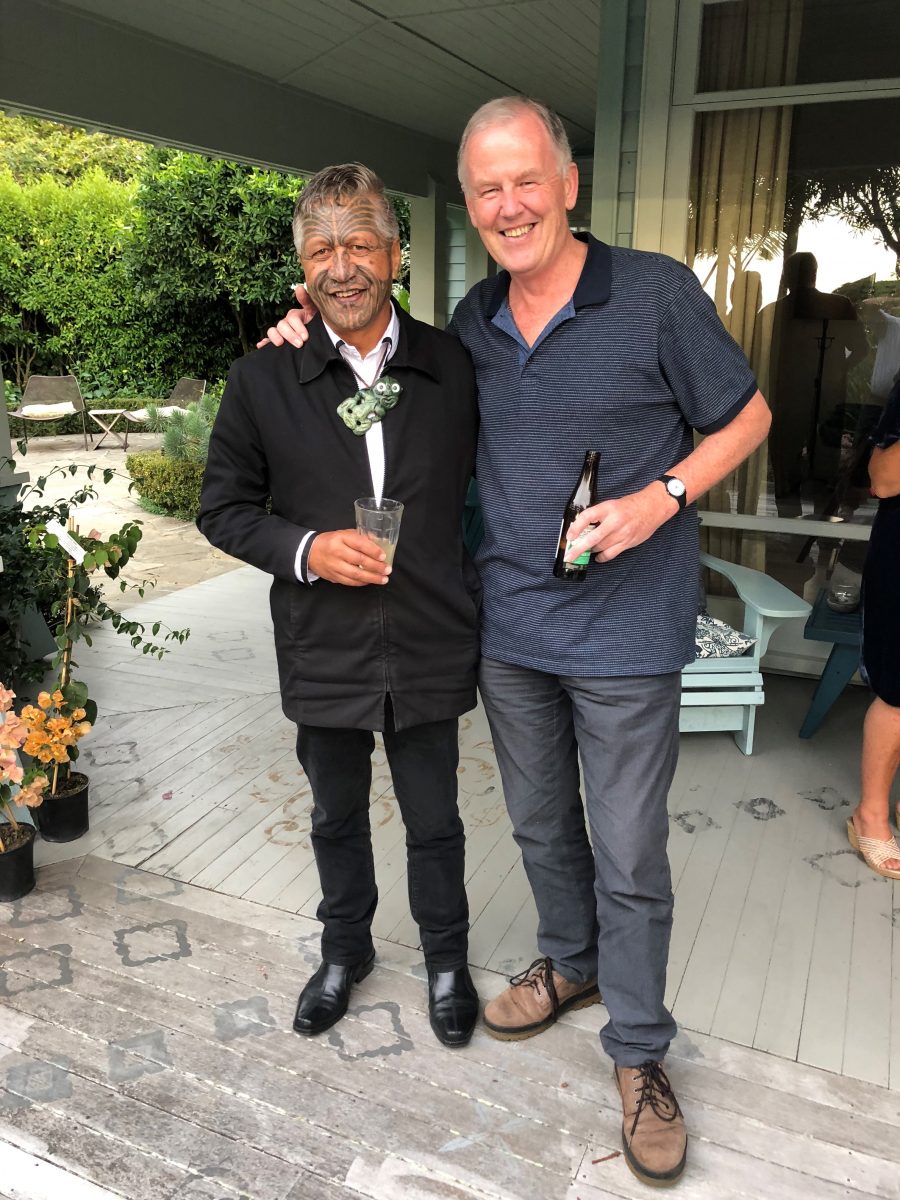 At the CIJ we have long advocated for the voices of people with lived experience to be front and centre of the legal system. At the AODTC, that voice is crucial through the use of previous graduates who act as mentors or peer support, walking alongside those currently going through the program.

They not only provide practical assistance such as simplifying court jargon so that participants understand the process, but also help to create a sense of hope for those currently battling their demons.

These mentors were often truly inspirational people with incredible stories to tell. The court also employs the most extraordinary person with a lived experience of drug addiction and the justice system. Matua Rawiri Pene holds the role of Pou Oranga, or “Healing Pillar”. He is a highly respected Maori leader who is present in court each day, guides the court on Maori culture and recovery and acts as a liaison between the court and the community.

The role of the judicial officer

The conference was a reminder of the importance of the interaction between judges – in all jurisdictions – and defendants. While a judge may hear dozens of cases every day and therefore not consider what they are hearing to be unique, they must always remember that their interactions with a defendant can be life-changing. In fact, it may be the only time that the defendant is interacting with a person they respect, or who they feel respects them.

The conference also heard about how the law and courts can be used as a healing agent and how judges can act as a facilitator of resources, such as drug and alcohol counselling or treatment, social work, housing and health. Whilst these services are often available in the community, too often they don’t speak to each other. In the AODTC, the court can ensure that services are working together in a coordinated fashion to ensure the best outcomes for the individual.

It’s up to the Government now

Also present at the conference was New Zealand’s Justice Minister Andrew Little, who has previously expressed his support for the expansion of the AODTC.

In an address to the conference, Mr Little pointed to evidence which clearly shows that when you change offenders’ lives, you create less victims.

“Locking up more offenders for longer doesn’t achieve the necessary changes to make people safe and we need to address the causes of criminal behaviour,” he said.

We can only hope that this is a positive indication of the government’s intentions for the AODTC going forward.

Some reflections on the Victorian model

In Victoria, of course, we have benefited from a legislated model for drug treatment courts for over a decade. First established in 2002 as a pilot in one location and then expanded, Victoria’s drug courts have been demonstrating consistent success in terms of reducing recidivism by changing the lives of participating offenders. I firmly believe that a legislative basis is crucial to the success of a problem-solving jurisdiction, as it provides a foundation in the face of changing political environments and even guidance for individual judicial officers and court staff moving through the court.

A legislative basis, however, should not mean that the model is not routinely refreshed and renewed. As evidence emerges and understanding evolves, problem-solving courts of all kinds need to be able to adapt, as the CIJ’s recent work reviewing Victoria’s specialist family violence courts has also found.  A ‘set and forget’ approach, therefore, needs to be avoided – as do assumptions that what was cutting edge ten years ago remains at the forefront of innovation.

For example, the CIJ’s recent scoping work in relation to women’s criminalisation suggests that female offenders are not necessarily benefiting from problem-solving courts – including the Drug Court jurisdiction – to the same extent as male offenders. Stakeholders inform us that this is partly because a strict zero tolerance and compliance based model does not necessarily fit the additional complexity of women’s lives, particularly in relation to any caregiving responsibilities they may have.

This and other questions need further investigation if we are to maximise the potential of all problem-solving courts and the CIJ will be commencing research in this regard in 2019. By continuing to question, refine and adapt, we not only ensure the strength of existing problem-solving jurisdictions but build a stronger case for their expansion in the future.